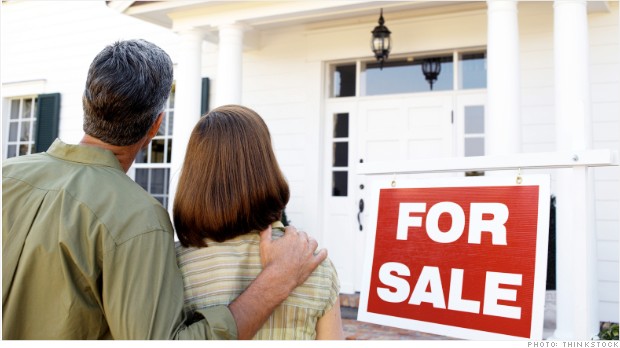 According to the survey, 42% of the people shopping for homes placed offers in the past six months, yet only 11% of the bids were accepted.
NEW YORK (CNNMoney)

In a dramatic about-face for the housing market, sellers are now calling the shots.

A survey of more than 2,000 Americans found that 33% of the 365 who were searching for a home have been on the hunt for more than a year and many were willing to make compromises on where they live or the type of home they would buy in order to close the deal, Century 21 Real Estate reported Wednesday.

"The recovery has transformed the mindset of many buyers and sellers who grew accustomed to the buyers' market we saw for years," said Rick Davidson, CEO of Century 21. "Buyer confidence is building back up and demand is strong... sellers are now in a more favorable position."
Related: 5 best markets to sell a home
Currently, there are 2.16 million existing homes for sale, down 13.6% from 12 months earlier.
With fewer homes for sale and more buyers coming onto the market, sellers are less willing to negotiate on price like they were during the housing bust. According to the survey, 42% of the people shopping for homes have placed offers in the past six months, yet only 11% of the bids were accepted.
That has caused buyers to rethink their positions: 85% said they're willing to compromise to get deals done. Just over half said they would be flexible on the closing date; 31% said they would purchase a home "as-is;" and 29% would pony up more cash than they originally planned.
The home shoppers said they are also willing to let go of some of the items on their "wish lists."
Posted by South Bay Lifestyle at 1:54 PM No comments:

Live in the beautiful South Bay!

Own a little piece of paradise...